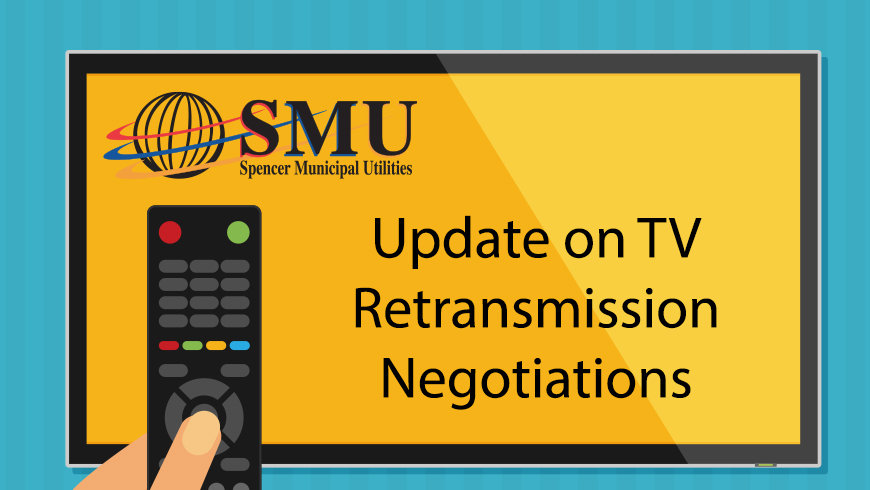 Spencer Municipal Utilities has been working on tv retransmission negotiations for various broadcast and cable signals up for renewal over the last few months and they have recently been completed. Since then we have been working through the launch process for channel changes associated with the contracts.

Our goals during negotiations are to keep costs as low as possible for customers and to keep the channels customers enjoy without duplication. However, there are factors out of our control that make an impact on the outcome, like costs for broadcast and cable TV programming and whether networks allow in-market and out-of-market channels.

All SMU TV customers will notice the following channel changes in the basic cable package on Thursday, January 14th:

Over next couple weeks, we will be adding the following channels:

We appreciate our customers patience and support during this time.

Spencer Municipal Utilities is a leading provider of cable, internet, and telephone service in the Spencer community and has been providing water since 1886 and electric services since 1901.

If you feel that you have processed a payment in error, please contact our customer service at 712.580.5800 or email us to request a refund.